What Happens If You Get Rear-ended on a Motorcycle? 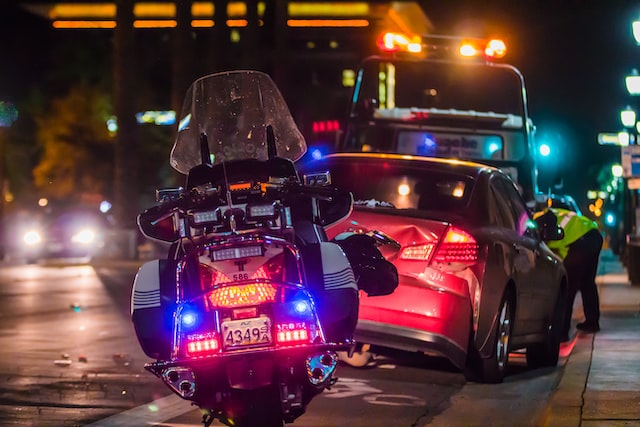 Rear-end motorcycle accidents, as the name suggests, occur when a motorcycle gets hit on the rear end by a vehicle. In most cases, the vehicle trailing is at fault for the accident. Rear-end accidents are common but far more severe when a motorcycle happens to be involved. Most passenger vehicles’ rear-end collisions report no injuries, or minor injuries, if at all, and just fender benders.

However, a rear-end collision involving a motorcycle almost always results in an injury or even a fatality. This is because of the low mass of the motorbike as compared to the car that hit it. The rear-end motorcycle crashes can lift a bike’s rear wheel, flip it or even cause it to crash into the vehicle in front. In extreme cases, it can be squashed between two vehicles.

The car driver’s negligence is the most common cause of rear-end motorcycle accidents. Often drivers of vehicles, whether cars, pickups, SUVs, or large trucks, do not give space to motorcycle riders- hence causing rear-end crashes. Some drivers fail to check their mirrors closely when changing lanes or may not see the motorcyclist altogether because they were inattentive while driving. Other causes include;

You, as the motorcycle rider, are at fault if you are:

You may assume that the car driver is at fault if they happen to hit you from the rear end of your motorcycle. In most cases, the vehicle’s driver is at fault, but not always. In some cases, you could both be at fault. However, Pennsylvania has a no-fault accident policy.

This means it does not matter who is at fault, or the car driver, to be eligible for compensation for lost income and injuries from the insurance company. You can still file a lawsuit if you have sustained a significant injury from the rear-end accident.

Common Injuries You Could Sustain from Rear-end Motorcycle Accidents

A motorcycle’s open nature, low mass, and lack of equivalent safety restraints, such as airbags and safety belts, are what cause serious injuries in the event of a rear-end collision. Such injuries include:

What Should I do after a Rear-end Motorcycle Collision?

Regardless if an injury seeming minor, you should seek medical attention immediately after calling the police and ensuring you have gotten to safety. This is because, often, some injury symptoms take hours or days to appear. Even the most minor of injuries can lead to quite a costly medical bill for you. Severe injuries lead to huge non-medical and medical costs. If you miss work because of a rear-end motorcycle accident, you have lost valuable income to support yourself and your family.

It is crucial to seek the services of an experienced rear-end motorcycle accident personal injury lawyer before talking to the insurance company first. The personal injury attorney can negotiate on your behalf so you can seek compensation from the other driver’s insurance company. The attorney will help gather contact information and evidence to file the claim that motorcycle accident victims are eligible to be compensated:

It is critical to understand that you have a limited timeframe in Pittsburg to file a motorcycle accident claim. The Pennsylvania statute of limitation for personal injury claims is two years from the date the injury occurred. If you fail to file a claim within these two years, you will lose eligibility to recover your rightful compensation. However, most insurance companies require an accident to be reported within a day or two after the accident has occurred or else risk a claim delay or denial.

Have You Been Rear-ended on a Motorcycle? Welcome to J.P Ward and Associates LLC

J.P. Ward and Associates LLC is a Pittsburgh law firm with an experienced, highly-skilled, professional legal team of personal injury attorneys. Let us help you to claim and secure the compensation you deserve when you or a loved one gets involved in a motorcycle rear-end collision.

For more information on what happens when you get rear-ended on a motorcycle, you can visit our law offices at Southland Highland Ave., Suite 201, Pittsburgh, PA 15206. For a free consultation, you can also contact us by calling (412) 426-4878.