Working Overtime but Still Under-Paid? 6 Surefire Ways to Get the Money You’re Owed 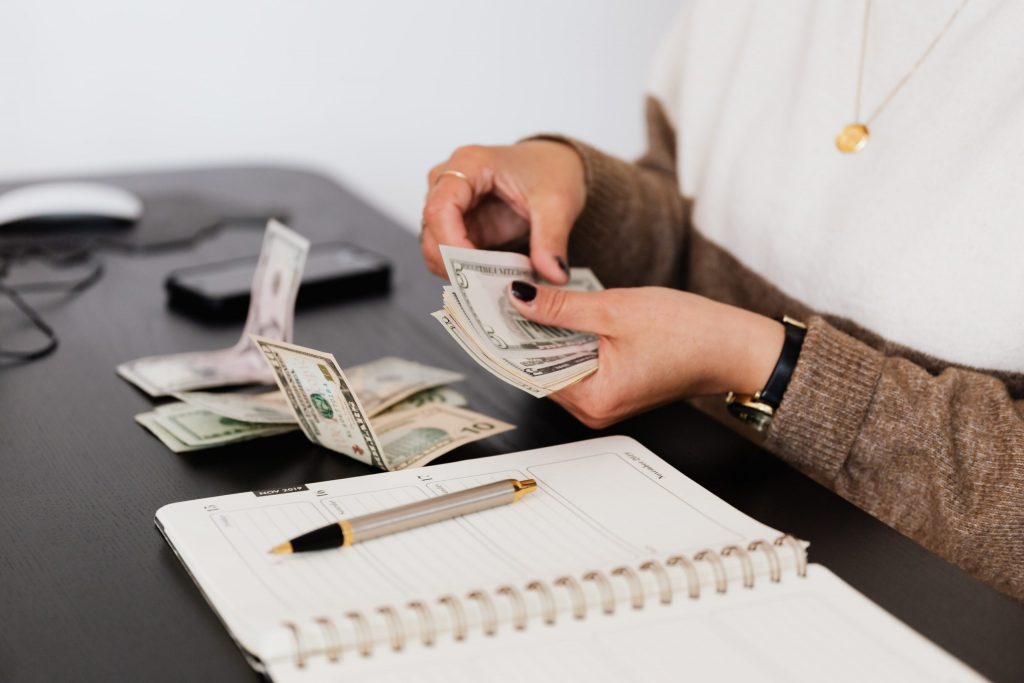 During a particularly grueling week of work, sometimes the only thing that helps to get you through it is the thought of receiving your paycheck at the end of your pay period.  After working so hard during the extra hours, the thought of earning more than usual is enough to motivate you to continue working hard.

It is such a relief to receive that paycheck and see how the overtime hours boost your pay.  But not all employers are willing to pay their employees overtime, even though it is both federally mandated and mandated by Pennsylvania law.

If you or someone you know has received a paycheck that is suspiciously small for the number of hours that you have worked, you may have a claim against your employer.

If you succeed in your claim, you will not have to pay anything at all.  Both the Fair Labor Standards Act and the Pennsylvania Minimum Wage Act contain a fee-shifting provision that requires the opposing party to cover all attorneys fees and court costs.  Therefore, if you bring your claim and the court rules in your favor, your attorneys fees and related costs will be covered.

Further, if this is a common occurrence in your workplace, you may be able to bring a class action suit.  By bringing a suit on behalf of a group of underpaid employees, you have the opportunity to help those who are similarly situated, and prevent employers from taking advantage of their employees.

What is Overtime and When Can I Get It?

When your employer requires or permits you to work hours outside of those that are your regularly scheduled hours, your employer is required to pay you a higher premium for this overtime work.  For covered, nonexempt employees, the Fair Labor Standards Act (FLSA) requires overtime pay at a rate of at least one-and-a-half times the employee’s regular rate of pay. This is equivalent to 150% of the employee’s hourly wage for each hour the employee works over 40 hours in a week.

To calculate this amount, employers must take two weeks’ salary and divide it by 80 hours to get what is considered the employee’s regular hourly rate.  Then, this amount is multiplied by 1.5, and multiplied again by the number of hours worked in two weeks exceeding 80 hours.

The Fair Labor Standards Act also requires bonus payments to be included as part of an employee’s regular rate of pay when computing overtime.  But the FLSA does not mandate extra pay for weekend or night work. Rather, extra pay for working weekends or nights is a matter of agreement between the employer and the employee.

The Fair Labor Standards Act applies on a workweek basis.  An employee’s workweek can be defined as a fixed and regularly recurring period of 168 hours (7 days x 24-hours), or seven consecutive 24-hour periods.

An employee’s pay period does not have to coincide with the calendar week.  In fact, it may begin on any day and at any hour of the day.  Often, different work weeks may be established for different employees or different groups of employees within the same company.

Normally, overtime pay earned in a workweek must be paid on the regular pay day for the pay period in which the wages were earned.  Averaging hours over two or more weeks is not permitted under the Fair Labor Standards Act.

If an employee is not paid overtime on pay day or if your employer averages your hours, you are entitled to file a private suit against your employer.  In this lawsuit, you may be eligible to recover up to two years of backpay and an equal amount as liquidated damages, plus attorney’s fees and court costs.  This amount increases to three years of backpay when the violation was willful.

It is also a violation of the Fair Labor Standards Act to discriminate against or fire an employee for filing a complaint with an employer or the Wage and Hour Division or for participating in a legal proceeding under the FLSA.  This is known as retaliatory termination.

However, the Fair Labor Standards Act does have some exceptions that allow an employer to claim an exemption for a particular employee.  For an employer to do so, three general tests need to be satisfied:

As explained in the previous section, employees whose job duties primarily involve certain exempt activities are exempted from laws governing overtime. But how do courts determine what positions qualify?

There are three primary types of positions that qualify as exempt under the FLSA.  The tests for determining who may be classified as exempt are explained at length below.

If you manage two or more employees for your full-time responsibility, your position may be considered an executive position.  Under the FLSA, full-time responsibility means that it is approximately 80% of your job.  This means that to be considered an executive, only 20% or less of your time should be spent on tasks other than managing the employees under your control.

If you spend more than 20% of your time doing other activities, then you are not considered an exempt executive.  This number rises to 40% if you are in a retail executive position.

The FLSA requires executive positions to be salaried positions.

Also like executive positions, your position must be salaried to be considered an administrative position.

Under the FLSA, a position is a professional position if it requires extensive education and advanced knowledge.  These positions include artists, teachers, and computer employees, among others.

The key distinction is that people in these positions are expected to use judgment and discretion.  These are positions that are primarily considered “intellectual positions.”

Sometimes, your employer may be violating your rights and you may not even know it.   If you do not know what to look out for, it may be difficult to tell when you are not receiving the pay that you are legally owed.  However, there are certain overtime violations that are common among employers that can help you figure out what to look for in your next pay stub.

Misclassification of employees as exempt

As discussed above, there are specific groups of employees that are considered exempt from traditional overtime calculations.  Among these workers are: managers,  seamen, salesmen, taxicab drivers, maple syrup processors, and movie theater employees.  Sometimes, employers attempt to classify an employee as one of the above, despite not fitting into the category.  Common examples include:

Missclassification of employees as independent contractors

Under the Internal Revenue Code (IRC), there are different rules for independent contractors and permanent employees.  As the name indicates, independent contractors are not considered part of the business for which they are doing work.  Because they are not employees, these workers are not entitled to the same benefits and protections, including no company-paid benefits, no tax withholding, and no Social Security benefits.  Additionally, the employer that is contracting with them is not required to pay them overtime hours.

Because of this, employers sometimes try to classify employees as independent contractors to get out of paying them overtime hours.  However, the Internal Revenue Service (IRS) has designed a simple three-part test to determine who can be considered an independent contractor under the IRC:

Employers are not permitted to incorrectly classify workers as independent contractors to get out of providing them with benefits or paying them overtime.  If you or someone you know suspects that this has happened, you may have a claim against your employer.

Employers also sometimes purposefully under-count the number of hours an employee works in a specific week in order to pay him or her less than he or she is legally owed.  Common examples of not counting hours worked include:

As mentioned previously, under federal law, employers are required to pay employees for overtime at a rate of 150% of their typically-earned hourly rate.   In calculating the employee’s “typically-earned hourly rate,” employers are required to consider bonuses received, prizes earned, and all wages and commissions in the calculation.  However, employers sometimes intentionally forget to include one or more of these factors in their calculation.  Common examples of this include:

The common mistakes listed above are by no means an all-inclusive list.  If you believe your employer has violated your rights and you do not see this violation on the above list, your best option is to speak to an attorney.  The attorneys at The Law Firm of J.P. Ward & Associates are here to provide advice regarding any and all overtime concerns.

In Pennsylvania, overtime is governed by the Pennsylvania Minimum Wage Act (PMWA).  Under the PMWA, for all hours over 40 in a workweek, an employer is required to pay an employee overtime pay in the amount of at least 1 ½ times the employee’s regular wage.

Similar to the Fair Labor Standards Act, the Pennsylvania Minimum Wage Act does not require overtime pay for “any employee engaged in a bona-fide executive, administrative, or professional capacity” who is paid on a salaried basis instead of an hourly wage (43 P.S. 333.105a(5)).  This does NOT apply to executive, administrative, or professional employees who earn less than $684 a week ($684 x 52.5 work weeks/year = $35,910 per year), meaning that they are not exempt and are required to be paid at a premium rate for overtime hours worked.

Employers who do not follow the time-and-a-half calculation for any employee not listed above is breaking the law.  If this sounds similar to how your Pennsylvania employer is paying you, you have a cause of action against your employer, and may be able to recover.

What happens when Pennsylvania and Federal Law Conflict?

But what happens when Pennsylvania law and Federal law say different things?  Although the Pennsylvania Minimum Wage Act is the equivalent of the federal Fair Labor Standards Act, the two laws are not identical.

It is possible to file claims under both the Pennsylvania Minimum Wage Act and the Federal Fair Labor Standards Act at the same time.

Another situation where Pennsylvania and Federal law conflict is with restriction of overtime hours for what is known as “highly compensated employees” (HCEs).  Under the Federal Fair Labor Standards Act, an employer is permitted to restrict overtime for employees who fall within this category.

To be considered a highly compensated employee under federal law, you must earn more than $107,432 annually, and perform office, non-manual work in your position.  Employees who do repetitive operations with hands or tasks requiring physical skill and energy are NOT exempt,  regardless of annual salary.  Thus if you work in a manual blue collar position where you earn more than $107,432 annually, your employer is required to pay you for overtime hours.

The federal highly compensated employees exemption does not exist in Pennsylvania.  If you are a Pennsylvania employee or employer, refer only to the Pennsylvania Minimum Wage Payment Act as discussed above.

Let Us Win Your Next Fight!

If any of the above situations sound like something you or someone you know has experienced,  J.P. Ward & Associates is here to help.  You can speak with one of our capable employment law attorneys today by filling out this contact form or calling 877-259-WARD.  Our team is eager to assist you in all employment law issues.